This past Sunday, the Dallas Heritage Village hosted the third annual Sunday Social, a jazz   Unfortunately I couldn’t go this year, some dear friends were in town and we had scheduled a brunch and naptime takes the rest.

Here’s what we all missed by not being there.

#sundaysocial in progress. Come #dance with us!

If you want to see a great gallery of the event, click here for the Dallas Observer’s pictures!

Can’t wait for next year’s event, it looks like it was so fun!

This article was posted in the Dallas Morning news not long ago. You should go read it. I’ll wait.

If you didn’t click, it’s about a new report that has come out where the authors worked to extensively document lynchings throughout the South, I believe from Reconstruction onward. Their final tally was around 4,000 people.

My first thought was that their number sounds low to me, and especially because the article only mentions two as being actually in Dallas. The rest of the cases the newspaper focused on are in Texas, but not particularly Dallas.

Part of why that’s shocking to me, I suppose, is that Dallas was the headquarters of the KKK when it was at its’ strongest in the early 1920’s. On the sheer strength of their numbers, they were able to elect public officials to office. A lot of people in political power at the time were members.

Whether they were vehemently in agreement with the KKK ideology or were just joining a politically powerful organization is not something that can really be determined, but the fact that they needed to be aligned with the KKK says more than I ever can about the mindset of the time.

The second thing I realized was how powerful the language used to describe what happened was. As I writer, I ‘know’ how powerful words are, but it’s quite different to feel the difference between the words.

For example, multiple descriptions of lynchings include use of the phrases “tortured” and “set on fire.” That does sound bad, but it doesn’t paint the entire picture. If you read the details, these men had their noses, ears, fingers, and penises cut off from their body while they were alive and with a crowd of hundreds, if not thousands, watching and doing nothing to help them as they screamed for help and mercy, and then were burned to death.

Do those words paint a picture that’s different from saying “tortured”? They do for me. I realize that part of the reason for sanitizing is to protect the young reader or other persons who do not want to experience this violence with words. At what point are the changed words changed to protect us from the knowledge of what our society has done?

In the past few weeks, there are videos available to watch ISIS beheading people. It’s absolutely horrifying that these events are happening, and somehow worse that they are being videoed and played on televisions and computers everywhere, exponentially fanning the flames of fanaticism and reactionary hatred at the same time.

When I see that another video has been released, I can’t help but draw parallels and see the comments on facebook and news sites that are full of opinions of what violence should be done to stop ISIS. Since I have no military expertise and even less knowledge of the depth of the world politics involved, I don’t know what the right response is to that. All I know is that no one is blameless.

Less than 100 years ago, people were being murdered in humiliating, painful ways in public, in front of thousands of people there to watch for entertainment. Thousands of people who did nothing to help the people being cut apart, burned for fun and then set on fire while still alive.

These are part of our history as a country and as a region. Regardless of your political affiliation, I would hope that everyone could agree we don’t want to ever go back. Part of avoiding that is to acknowledge these things have happened, and trying to downplay or bury the fact of the occurrence of lynchings is similar to being a Holocaust denier.

The Laurel books are in Dallas starting in the 1930’s. One of the things I am trying to figure out how to balance is telling the past without romanticizing or whitewashing it to the point where it’s imaginary and sterile, but also without continuously confronting the reader with the brutality of the time.

History is brutal, there’s just no way around it. I hope to find a way, although I will most likely wimp out and only offer hints.

In the next few weeks I’ll post some images I snapped from the surviving copy of the weekly paper the KKK put out for a few years. I think you’ll find them interesting

I reserve the right to close comments for this post (or any post, but especially this one). There’s nothing wrong with having an opinion, but if I think it’s a hateful one, it’s not going up. I won’t allow it. 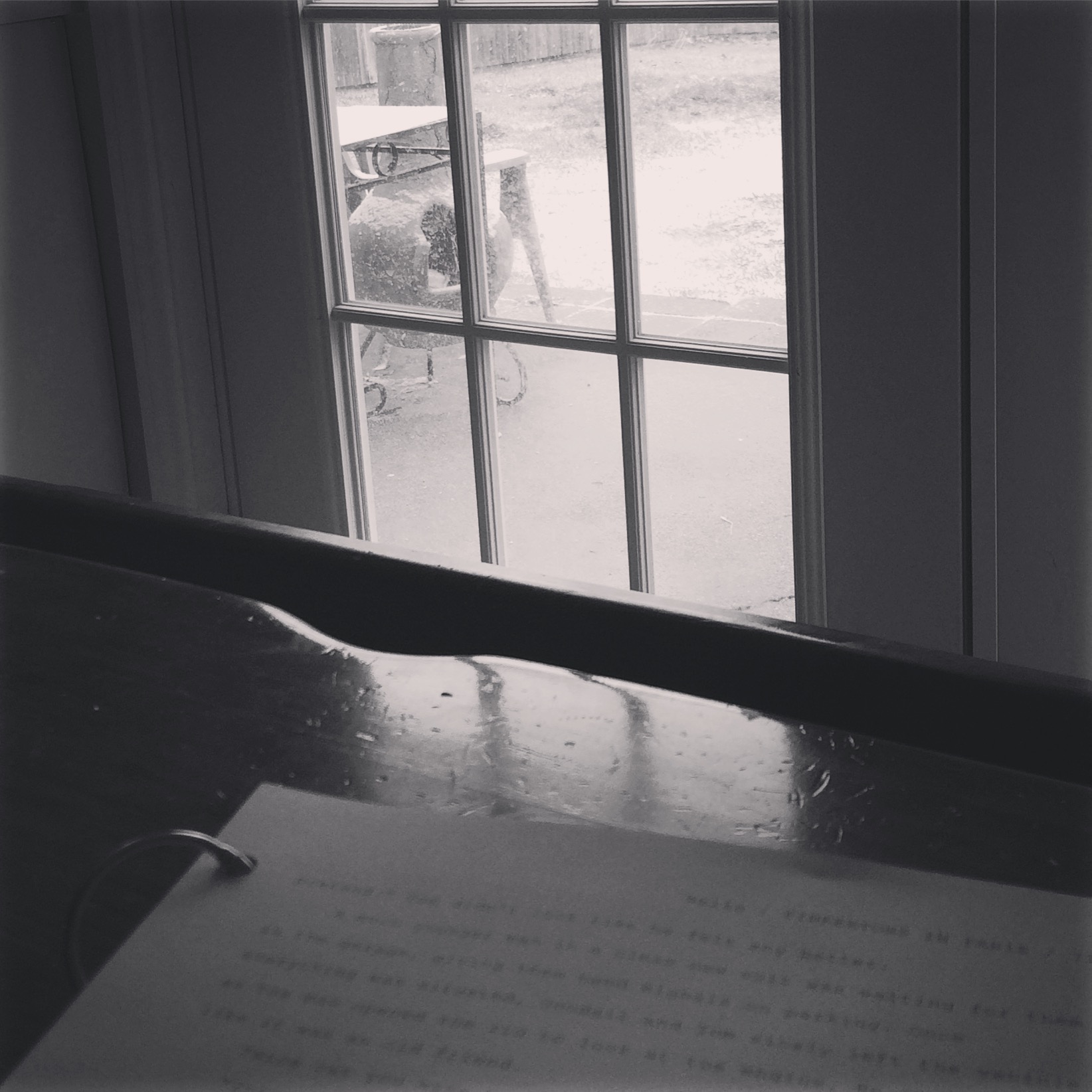 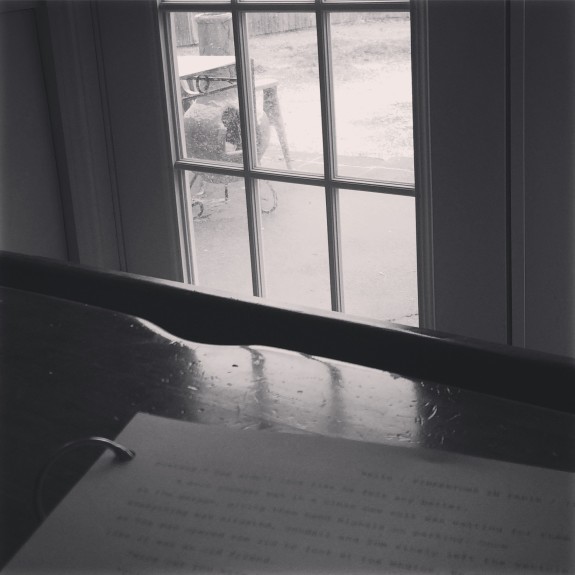 You maybe can’t tell clearly, but that is snow. On the ground. Outside. In Dallas, Texas. It’s been snowing for hours now (tiny flakes), and there’s some accumulation on the roads, so everything has ground to a halt.

Except in here. While the baby naps, I edit.