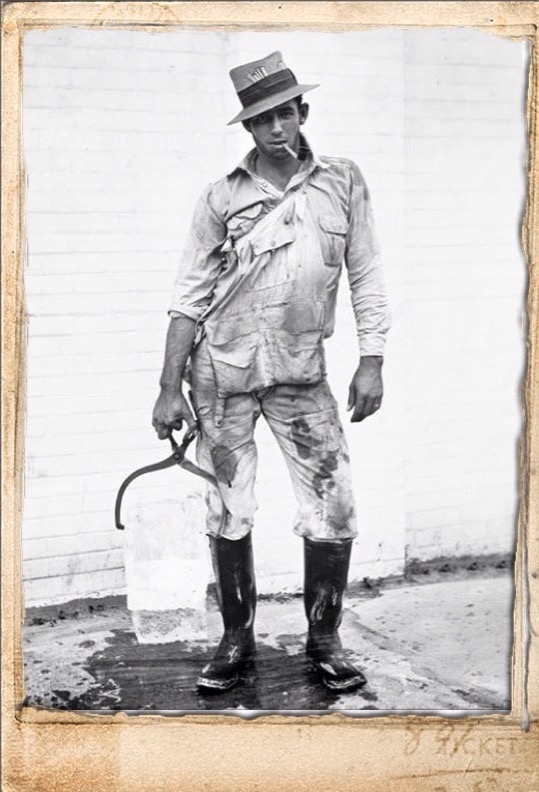 The idea to make Gerald Eymann an ice mogul came from looking around at what would be an unusual way to make money now, that was fairly common place back in the time. I landed on ice manufacturing, which was a necessary part of keeping food edible at the time. (Here’s an exterior picture of an ice plant in Dallas.)

If you’re interested in learning more about iceboxes, and how the ice industry evolved and some great details of the daily ice man, this was a great resource. It does have more of a focus on natural ice harvesting, but I like learning about exotic stuff like that too 😉

Ice houses started turning into the modern convenience store in the late 1920’s, although I’ve found several conflicting accounts of the same events. The general idea, though, is that the Southland Corporation was the first company to make a concerted effort to do this, starting in 1927, and by the early 1930’s it was the focus of the company, with the stores called Tote’em.

This is an in-depth look at the business structure of the Southland Corporation, and how it evolved, as well as some background on other ice manufacturers.

This has some great pictures of the early Tote’em stores that turned into 7-11, and some family background about the man that led Southland Corporation into the future. Another thing I found interesting, was that by 1936 these Tote’em stores were the number one seller of dairy products in the Dallas area. Considering that milk was still delivered at the time, that surprised me.

And, finally, here is a fantastic picture of an ice delivery man I found on Pinterest. He looks completely modern to me, but it was taken in the early teens, if I remember correctly. I’ll have to see if I can find the original to credit it properly. Look at the cigarettes tucked into the hat band!